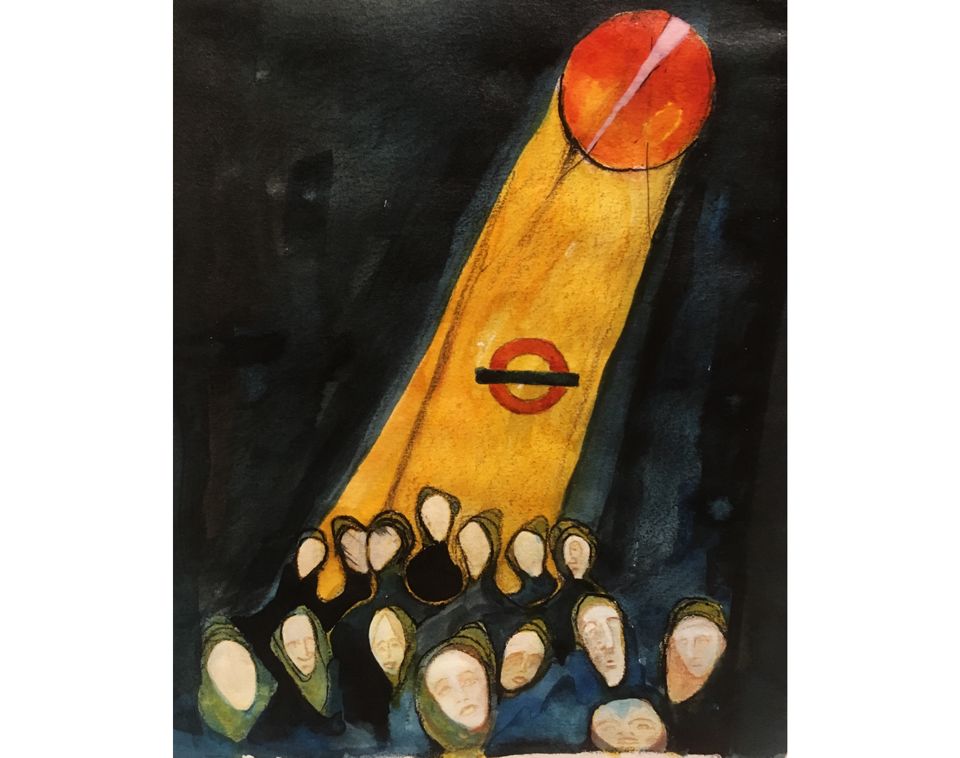 Waterloo, this cathedral space, majestical in its vastness where people come only to leave.

As a child this was London, as a man it is where I am dumped day after day by the incoming conveyer belts, and around me are the commuters rushing, standing, waiting in clocklike routines, controlled by the ticking minutes that dictate our lives, that thrust upon us unasked for rituals and familiarities. There is the Evening standard stall, there is the card shop, there are the sloping escalators and here is the thronging crowd programmed like me, head down, no time to stop.

These journeys are laid down like silt, fine upon the ocean floor, solidifying over time into moulds and we become shaped within these moulds until one day you forget who you once were. What was it I wanted? When I was a child what did I expect, was it this? The days of midwinter play tricks and draw lines upon my face, they pull and tug at my skin and at my soul.

Today I arrive in Waterloo early enough to open up a small crack in time. I rise up to the gods of the balcony café and from there look down upon the hordes below. They gather in eddies, standing like iron filings aligned by the magnetism of the information boards. From time to time a small herd breaks off, rushing to the gates where the scrum filters down into single file and heads on through to the platforms and trains. There is a restless movement, the sound of humans, black coated like bats, an old man who moves slower than the rest, leaning on his wheeled support. The overhead tannoy booms news of some train going someplace, sometime soon. An electrical wire hangs down from the roof space ending in a coiled knot. It swings gently, powered by the vibrations of trains, generators and footsteps. The heartbeat of the city, quiet and slow it marks out our time.

*Andrew Johnston Davies (England) is a Psychiatrist working in London.

Find this article in Spanish at Issue 32: Destino