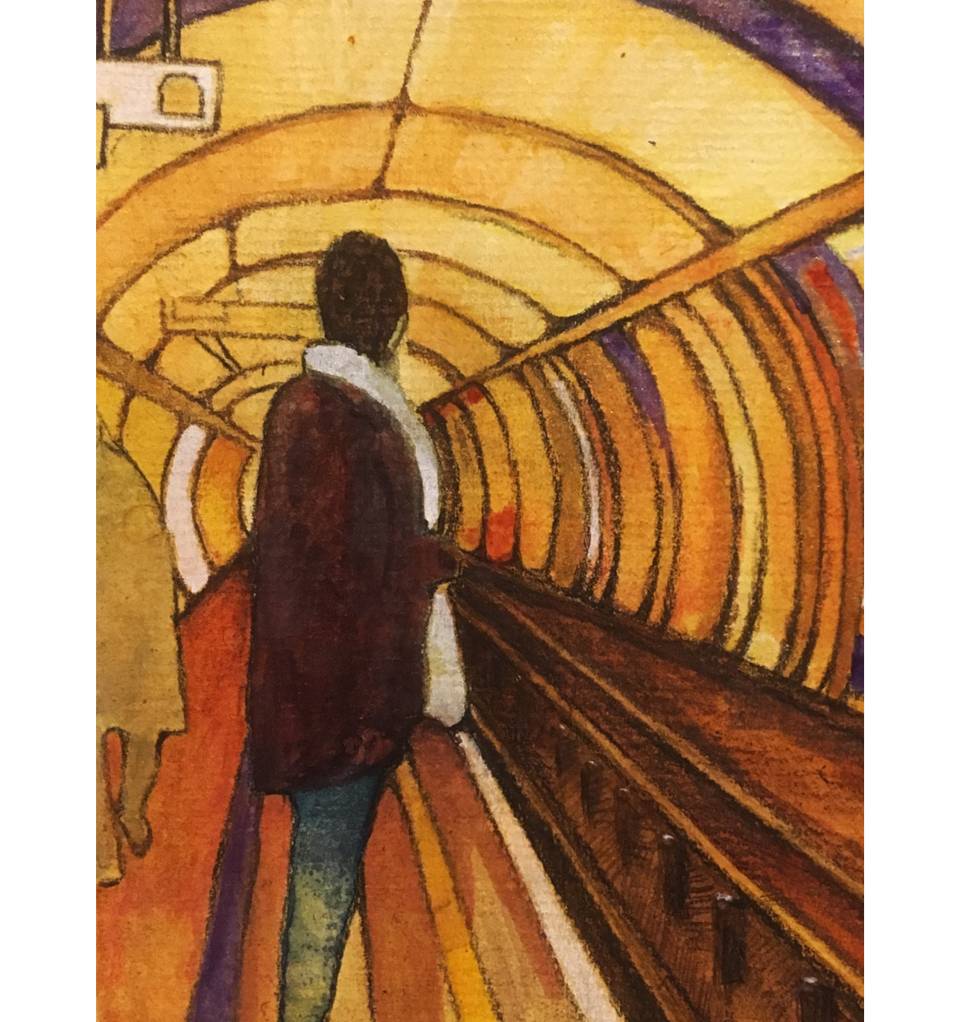 In a year in which we ironically travel less than ever, The Commute, the book by Andrew Johnston Davies portrays the daily commute of thousands of people to and from central London.

“The irony of course is that The Commute has all but come to an end, or at least a prolonged pause due to Covid-19. So what had been a study and narrative of the apparently endless and relentlessness of the Commute, now marks the end of something. Whether it will ever be quite the same only time will tell”, says Andrew Johnston Davies.

Read this article in SPANISH

New short film by Ande Films (Ana Rivadulla Crespo and Adelaida Monguillot) based on the poem Waterloo Station and the art of Andrew Johnston Davies accompanied the launch of the publication of Johnston Davies’s book, The Commuter.

‘Waterloo, this cathedral space, majestical in its vastness where people come only to leave. As a child this was London, as a man it is where I am dumped day after day by the incoming conveyer belts, and around me are the commuters rushing, standing, waiting in clocklike routines, controlled by the ticking minutes that dictate our lives, that thrust upon us unasked for rituals and familiarities. There is the Evening standard stall, there is the card shop, there are the sloping escalators and here is the thronging crowd programmed like me, head down, no time to stop.’

“It  has been the necessary daily travel for millions of people every day. The commonality of experience. The drudgery, the trudging mundanity, the daily snap shot of life. Robotic routine and weariness. For some it is dead time whilst for others it becomes almost essential as a space to prepare or to decompress from the day. There can be  detachment,  alienation, a loss of identity or conversely a sense of common purpose,  each of us cogs in the machine working for ourselves and one another. The images and writing aim no more than to describe the experience of one of those tiny cogs. My own experience”, says the author and writer.

The Commute, the collection of poems, prose and imagery is available as an eBook and print on demand soft-cover versions in December 2020.

Special thanks to Andrew Johnston Davies for including La Tundra in the foreword of his book, The Commute. ‘Waterloo Station’ was included at La Tundra Destiny Issue.