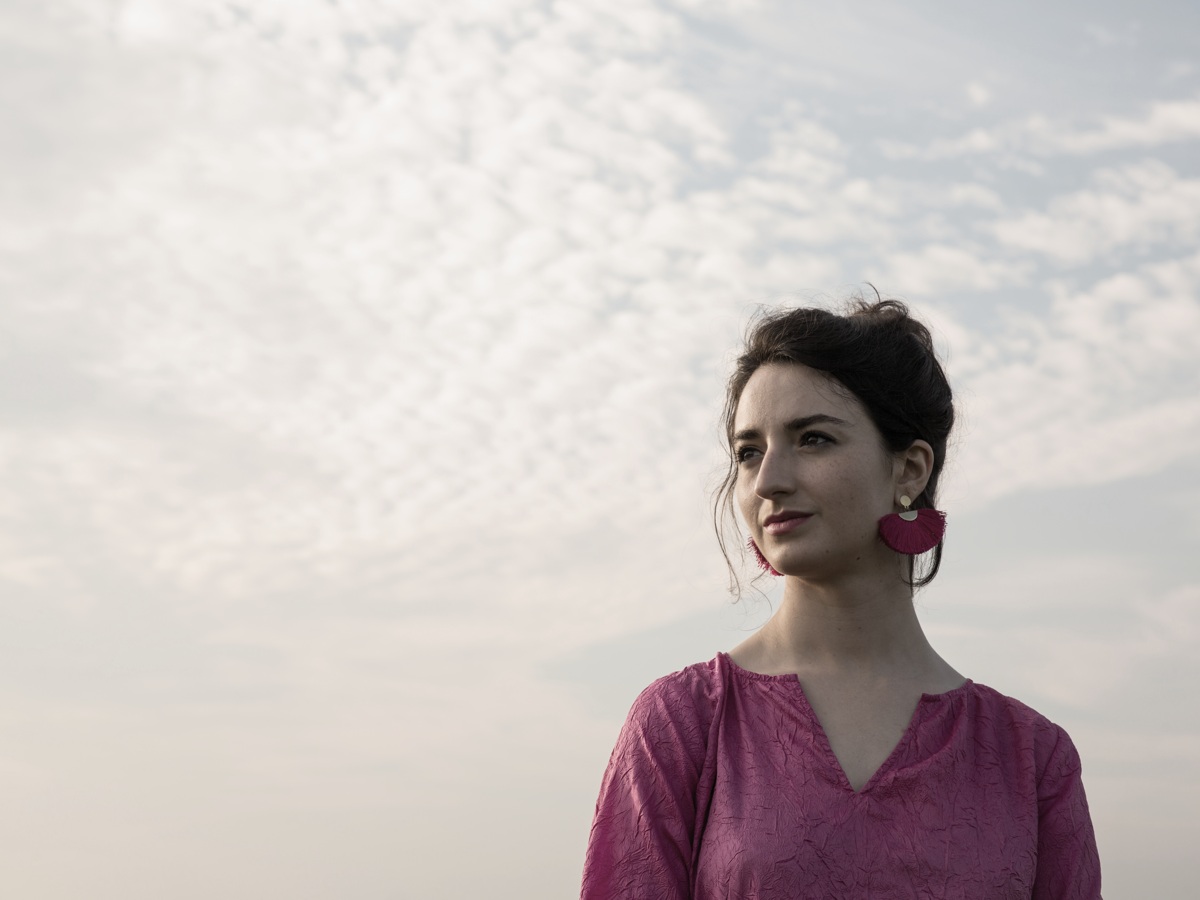 Maia Elsner's poetry shines like an immeasurable burst giving purpose to the unfinished.

A proposed handful of words to give meaning to, led to an exquisite journey of poetry by Maia Elsner.

I sit in my mid-West apartment
amid another snow stormwarning

A friend once said winter
is a time of preparation. I was

the jagged undersides of branches.
Watch for the swellings, she said,

knobbled beginnings before the burst –
soon the blood-streaked magnolia,

& who are we not to notice? In the city
my grandfather fled, there is war

again. There were other borders
then & names for dandelions wetly

opening. I add turmeric, simmering
this gust of yellow-gold. Outside,

the crystalline night turns to slip cold
ground, slays what buds of fragile

hope, leaves behind a hemorrhaging.

I think of the price of transformation: the grey cochineal insect, its soft body, delicately feeding, tentative between the spines of the nopal.

How despite thousands of small sucking mouths, the ear-shaped slabs of the cactus swell, angling towards the sky, & prickly pears bloom, like tufts of hair, but pink as painted lips.

There are many kinds of bodies, strewn across the desert landscape, attempting to arrive.

The female cochineal have no wings, no means of flight when the careful hand of the harvester lifts to brush them swiftly from the thick green cactus they have made their home.

They will not feed again, but are dried & crushed to dye deep purple-red the thin threads that weave together human things – clothes, our outer casings.

No longer grey, it is as if what remains of the cochineal is the memory of their life-blood – something brilliant & alive.

It takes 70, 000 insects to make one pound of cochineal dye.

There is a house by the lake. Every day
a girl exits & sits, knitting by the edge.

Perhaps it is the water that inspires her.
Perhaps the murmur of the wind. In all

versions, the wind has a voice. Often,
it is a spirit, searching for the body

buried in the snow. It explains, there is
a temperature to separation. How cold

severs capillary from capillary. Listeners
understand this as metaphor; they too

are searching for themselves. Sometimes,
the lake is not a lake but a river. Almost

always it is a body of water. Our bodies
hold the same concentration of salt

as the sea. Maybe she is not knitting, but
singing the threads of her yearning

to the waves. Maybe today the river god
will hear her; maybe there will be no

flood. Her brothers have disappeared
as swans, fleeing to warmth. In one report,

she provides what they need to survive:
white coats for camouflage. The birch

is bare, & the woods’ arms are stringy,
lopsided. In this setting, the swans

become human again. The boys will live
another year, will learn to fish, to flush

away what threatens: evidence of their
existence as swans. The villagers, unkind

to what they do not understand, stockpile
guns. Sometimes the storm comes.

Sometimes, sister & brothers are alive
only as long as the story lasts. In defense

of fairy tales, is this enough?

In my collection overrun by wild boars, I have a poem called ‘Transnational zoo’, which is an exploration of how people are dehumanized by border practices – hunted like wolves, caught like fish, kept in cages, while others describe their attributes.

This made me think of naming, and the problems of naming. In Genesis, Adam ‘gave names to all the cattle, and to the birds of the air, and to every beast of the field’; there is great power in the act of description, & who it is who identifies the thing &, in the process, defines it. Naming is a kind of creation of objects.

Recently, I interviewed the writer Ada Limón, who spoke about how you might call the small bird with a red head tapping on a birch tree a woodpecker, but who is to say that woodpecker does not name herself dancer-between-wind-&-rain-cosmos-in-flight. In other words, how might animals perceive & describe themselves?

Currently, I am working in a sequence of narrative poems about friendship, set in an occupied territory – which is like a zoo, in that it is policed & boundaried. A boy who comes every day to swim in the sea has disappeared. This poem is from the perspective of a fish, who attempts to describe the human.

Sometimes I think of prose as a kind of travelling. The traveler – both writer & reader – journeys from an origin point, a past, across the middle-ground of the present, that is always on the brink of becoming, as each eye crosses the no-man’s-land of a typed space to a new word, a new world. This is the promise of narrative. That there is an endpoint, a destination, the possibility of arrival.

This seems to me to echo the idea of linear time, a Western concept, something that is constructed in language and through language, specifically by the subject-verb-object order in English. What would it be like to disrupt that grammar of language & time? To find some syntax to account for its absences & silences? For memory

Maia Elsner’s was born in London to Mexican and Polish Jewish parents. Her debut collection, overrun by wild boars, explores the dislocation of lives, objects, and histories through migration and the legacies of colonisation. Most recently she has been involved in a film collaboration with Latin American artists across the diaspora, and in a poetry-postcard project that explores the refugee experience through troubling the line between verbal and visual arts. Her work has been published in British, American, Canadian and Irish journals, and has been widely anthologised. Currently, she is doing an MFA at the University of Michigan.

Maia Elsner is participating of Latinx Poetics in Motion at FLAWA Festival on Saturday 14th May 2022 at Rich Mix, London.

Find the full program at FLAWA