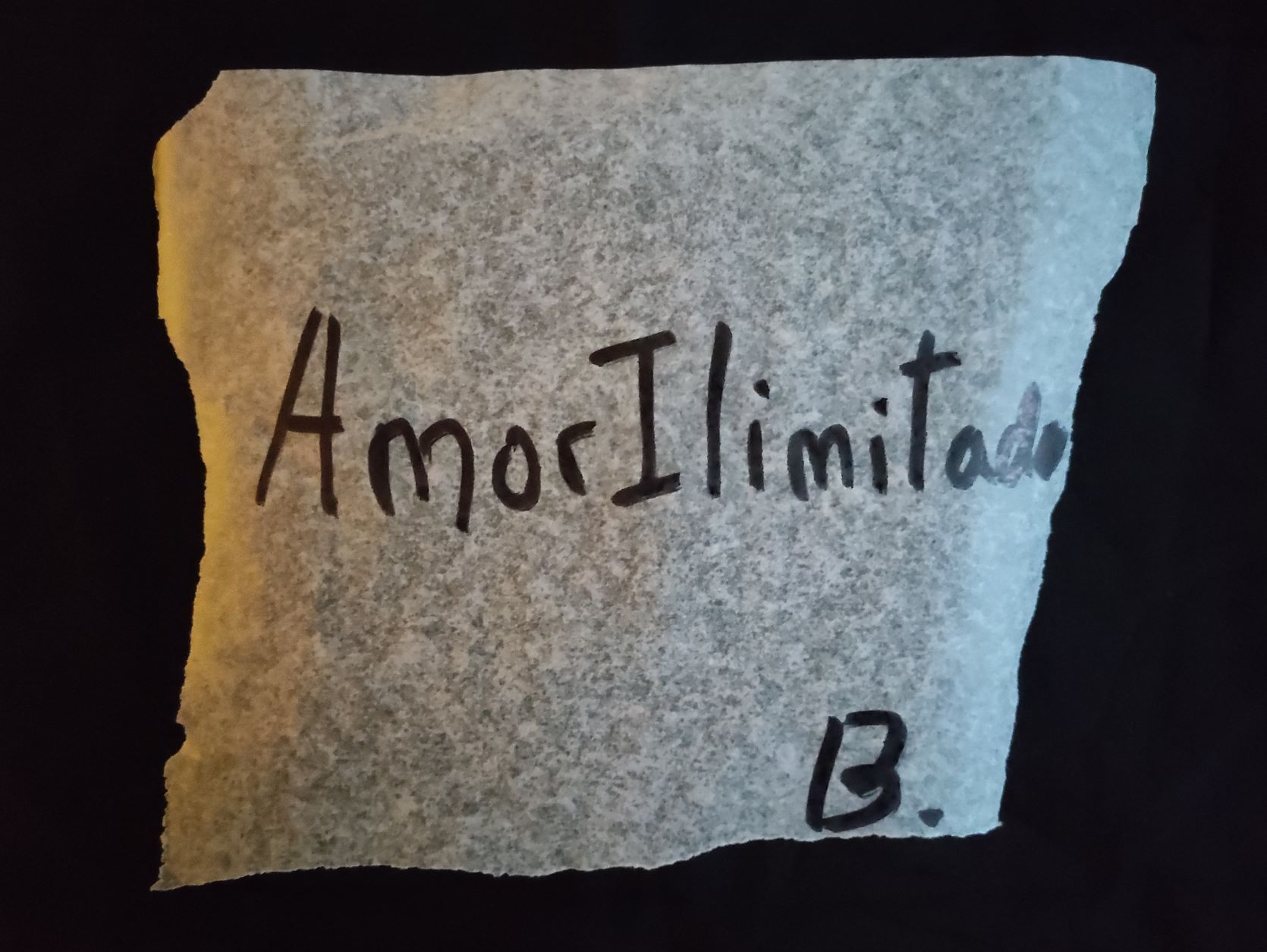 A Word of Love to the Queer Community (Una palabra de amor para la comunidad queer) is a performance by the nonbinary London based artist Lorenzo Belenguer. In this two hours durational performance, members of the public, especially from the Queer community, will be invited to receive a word of love, or up to seven words linked into one, written in approximately A5 size wax paper. The participant can choose to submit their own word in English or Spanish or accept the word suggested by the artist. Each work will be signed and given for free as a testimony of their involvement.

Lorenzo Belenguer is a nonbinary visual artist and arts writer based in London and Valencia strongly influenced by Minimalism and Arte Povera.

Belenguer’s practice as an artist is constantly focused into the reclaiming: be it objects like discarded rusted metal into the gallery spaces and copies of traditional European paintings as symbols of imperial power in a postcolonial era. Also into the reclaiming the place of humans into the natural ecosystem as ancient cultures perfectly knew. Previously, Belenguer ran a project for London 2012 called Testimonies. He supports the power of the Arts to communicate ways to move into a more compassionate and loving society as we are witnessing in the current pandemic.

He exhibited and performed at The Serpentine Galleries, TATE Modern and at the 57th Venice Biennale. The UCL Art Historian Susie Hodge included him as a representative of the Neo-Geometric Conceptualism (Neo-Geo) Movement alongside Jeff Koons and Ashley Bickerton in her latest book. In addition, Belenguer’s works have been featured in the national media in Spain, Germany, Italy and the UK such as The Independent, The Guardian, The Telegraph, Artforum and The Art Newspaper.

Belenguer holds an MA in Artificial Intelligence & Philosophy from the New College of the Humanities in London, and a BA (Hons) in Economics and Business Science from the University of Valencia, Spain.

A Word of Love to the Queer Community‘s participants can book it via Eventbrite and queue outside the small hut located in the centre where the performance will take place on a one-to-one basis from 4 pm to 6 pm. A suggested £5 donation will be included during the booking process to assist with the cost of the event and two other options: free for unwaged/students and other amounts if they wish to contribute more. It can be shared on a 50% basis with the London LGBTQ+.