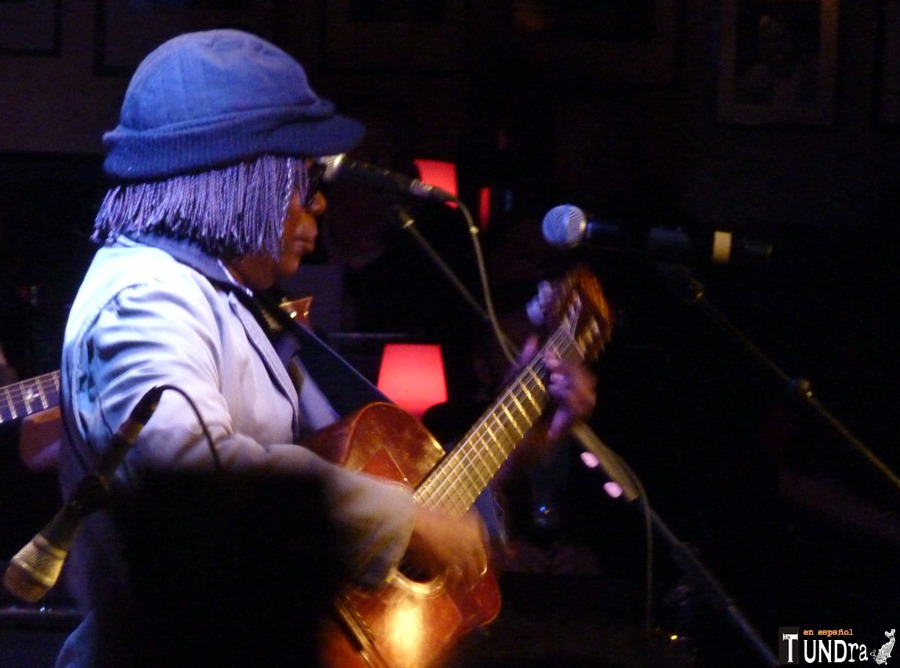 A few days previously to his show in London La Tundra Revista talked in exclusive with Milton Nascimento, the great Brazilian musician and composer who does not plan ahead his future or music career. In a very honest conversation Milton Nascimento opens his heart and soul knowing that good things will come.

read this interview in Spanish

La Tundra: You were born in Rio de Janeiro but your family moved to Belo Horizonte- Minas Gerais when you were starting your musical path. How would you describe your days at that point and the musical influences of the music of that part of Brazil?

Milton Nascimento: I was born in Rio de Janeiro, but my adoptive parents took me to Três Pontas in Minas Gerais, when I was around 2 years old. When I was 20 years old I went to Belo Horizonte, but my oldest musicals memories that I have are from my home in Três Pontas, where my parents were used to listen Classical Music and I was 12 years old I worked as an announcer at the Radio Station of the city, where I first had the contact with the Italian, Cuban, American, French and of course, Brazilian Music.

La Tundra: When you came back to Rio your music was sometimes not recognised like “proper bossa nova”, did you find it difficult at those times to do something different from what was expected from you as a Brazilian musician?

MN: Indeed, I never thought in terms of projection in my musical career. Even because everything that happened in my life was very natural. I can say clarity that today I feel very lucky for everything that happened in my life without planning anything.La Tundra: You said in an interview to National Public Radio (2005) that when you were young you loved only women voices because they could sing with their heart.

MN: I felt fear when my voice started to thicken. I went to my father’s office very sad cause of it and I sat down beside him, when started to play Ray Charles singing “Stella By Starlight” on the radio. That almost emotionally killed me. I can say Ray Charles saved my life in that time, cause of this song by Ray, I had the sure I could sing on the way I like.La Tundra: You have worked with so many wonderful musicians. What can you say about these artists?

Wayne Shorter: “Much of my international projection I owe him. The album he invited to record in 1974 (Native Dancer, Wayne Shorter Featuring by Milton Nascimento), became well known around the world and until now is a reference for many people. He is one of my best friends I have”.

Herbie Hancock: “I know Herbie since late 60’s, when he went to Rio de Janeiro and when I went to America to record my first album there (Courage), which had arrangements by Eumir Deodato, Herbie participated actively in some tracks, and he also recorded in practically in all albums I recorded in the USA”.

James Taylor: “One of the most generous person that I know, always he comes to Brazil he looks for me. We already did many concerts together, since the 80’s. It was exciting concerts, even in Brazil or away. Until now I get thrilled with his participation on Angelus, my album from 1993”.

Sarah Vaughan: “One of the best singers of the world. I have many remembrance of her in Brazil . We did many parties in Rio , mostly in a flat I have in Barra da Tijuca. I was such a honor when she invited me to produce the album “Brazilian Romance”, with many songs written by me, including the track we sang together “Love and Passion”.

Mercedes Sosa: “Who introduced me “La Negra” (Mercedes nick name), was Vinicius de Moraes, when we went to her concert in Rio de Janeiro , in 1976. She was so strong that I had fear to know her personally. I had to be taken to her dressing-room almost by strength by Vinicius. But for my surprise we got on very well and in the next day we met, we recorded “Volver a los 17”, for my album “Geraes”. Since that we never more get separated to each other until she passed away. I also miss her so much”.

Charly Garcia: “One of the best South American composers. I had the opportunity to record his song “Inconsciente Colectivo”, in a very good duet for a Mercedes Sosa’s album”.

River Phoenix: «River is another big friend of mine who the world miss so much. He was a guy that always was there for everything you needed”.ElisRegina
“ElisRegina was the big love of my life. Since she left us, I can’t stop thinking about her. All songs I make is for her. Until now when I am writing a song I think about her and I can’t believe she is not here anymore around us. The world miss so much Elis”.

La Tundra: You have been writing songs for fifty years of career. How do you approach to a new song? Did it changed over the years?
MN: Every song that I made happened in a natural way. I’ve never done a song with a sense of obligation, it just appears and I follow it’s desire.

La Tundra: You had plenty of collaborations in your career with other musicians from different backgrounds. With whom would you like to work/collaborate?
There are many talents emerging lately and is very hard to say all, but I would like very much to record an album with my friend Esperanza Spalding and also work with Jamie Cullum as well.

La Tundra: Do you have any regrets musically speaking? And your more joyful moment?
MN: Each moment of my life has something special, in 50 years of my career, would be unfair to say the most joyful moment. I have just to say thank you for everything that happened and still happens in my life.

La Tundra: If you would have to define your life in your own words would be.
MN: My life would not be the same without my family, friends and of course, the music.

La Tundra: Can I ask you your plans for the next future?
MN: I almost never plan my future, I prefer to let the things going on. I only know this year will be as intense as the last one, many concerts, projects and many good things to live.

La Tundra: Thank you for this wonderful time.