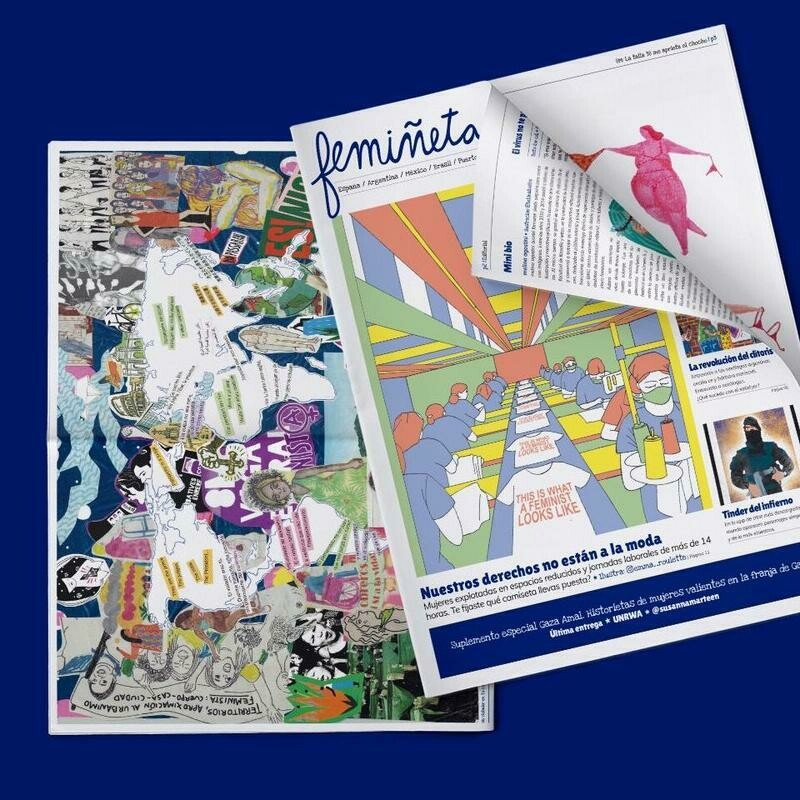 Women and girls exploited in confined spaces and working hours of more than 14 hours. The clothes you are wearing do you know where they are made? Our rights are not fashionable. Almost half a year after the events of October, we explain how and why woke up, as well as how the performance of Las tesis became a hymn against male violence. The revolution of the Satisfayer. Tinder, the most known dating app and its profiles from hell to laugh.

femiñetas is a collective and self-managed feminist and illustrated newspaper.

It is a newspaper colour printed with great vignettes and articules. femiñetas is published in ( ) and ( ) with an inter sectional look that spreads across several cities around the world. More than 150 illustrators and journalists have already participated at the newspaper.