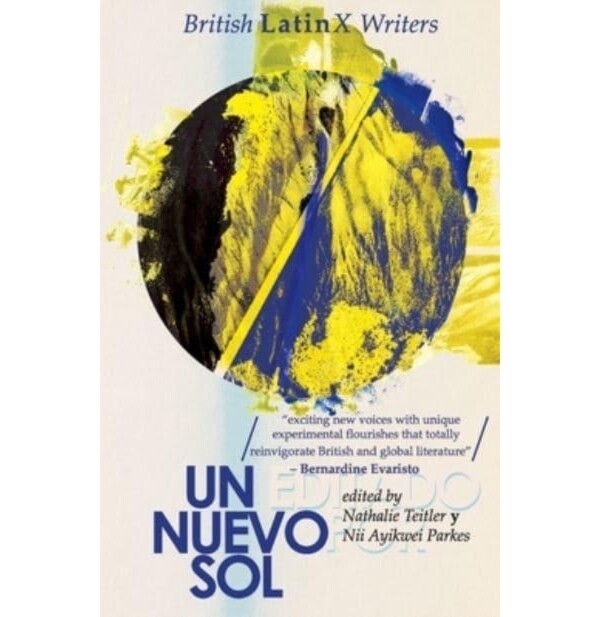 Un Nuevo Sol: British LatinX Writers is the first major anthology of UK-based writers of Latin American heritage, a vibrant, new vanguard in British literature. Representing a community that is the eighth biggest in , one of the fastest growing and best educated, numbering over 200,000 nationally, the work featured here includes fiction, poetry and theatre that exhibits the stunning fluidity with which the writers inhabit their hybrid heritage. Of the ten writers assembled here, some were born in and came to the in their twenties, others are second generation and have a British parent, but their work shares a fierceness, a playfulness with language and a sly political edge.

Playing with form, genre, silence and coding, the resulting work channels and celebrates the rich mythology and scope of Latin American literature, but carries a uniquely British gene – a bit of banter, a flash of restrained cheek. It is no accident that some of the contributors are published and have growing international reputations – for example, Brazilian-British novelist Luiza Sauma (Penguin/Viking) and prize-winning Argentinian-British poet Leo Boix (Chatto). The book also includes an interview with the writer-actress Gaël Le Cornec, exploring issues of identity, multiple heritage and displacement.

'A remarkable anthology... a welcome and overdue gift'. Francisco Aragón