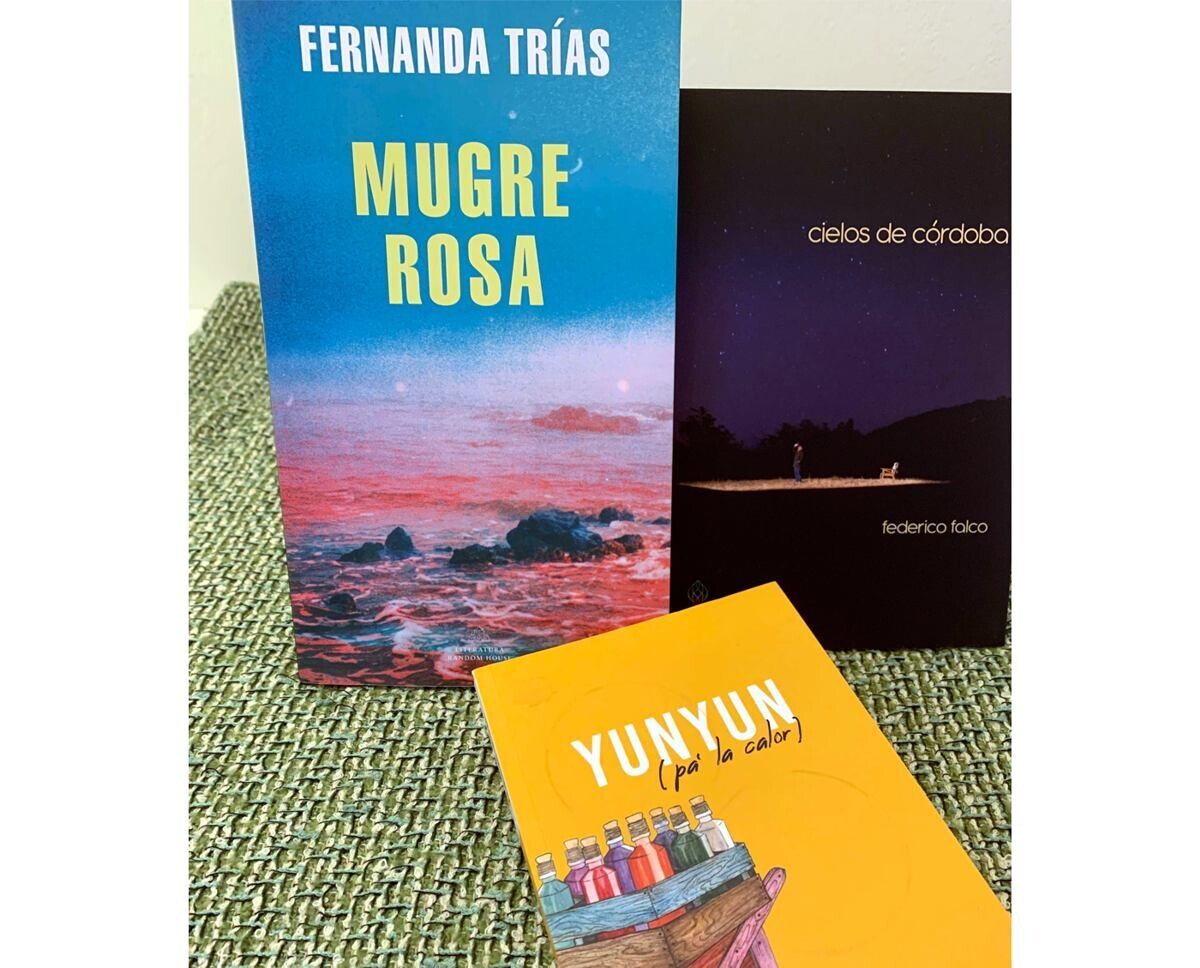 With an unsettling prose, rich in poetic findings, Winner of the Sor Juana Inés de la Cruz Award 2021, Fernanda Trías (Uruguay, Montevideo, 1976) creates a whole universe to discover the immense beauty and insurmountable pain we find in the frailty of life and relationships.

In a port city ravaged by a mysterious plague, a woman struggles to understand why her world is falling apart. It is not just sickness and death lurking, the algae and the pestiferous winds, the pink mashes that are the only things left to eat, but the crumbling of all her emotional attachments, the uncertainty, the dawn of radical loneliness.

Cielos de Córdoba is the initiation story of Tino, a preteen who has an autistic father revealed by UFO's, and a mother hospitalized in a public hospital, a space through which he moves and appropriates himself, as if it were his personal cosmos. You have to be very obtuse not to empathize with their ramblings, their thoughts and way of life.

In 2004, Federico Falco was given the Young Writers Award by the Spanish Cultural Centre of Córdoba, Argentina. Falco's written also two poetry books, Aeropuertos, aviones (2006) and Made in China (2008)

'With a rhythmic prose, Karlina Veras take us to a fulfilled of fantasy.' José Fonseca.

Yun Yun (pa'la calor) by Karlina Veras (Dominican Republic) is a collection of flash fiction in Spanish, all varied in style and format, but united by the same theme: abandonment in everyday life. This innovative collection deals with issues of everyday life. This includes stories about parents and children, friends, couples and the most important relationship of all, the one with oneself.