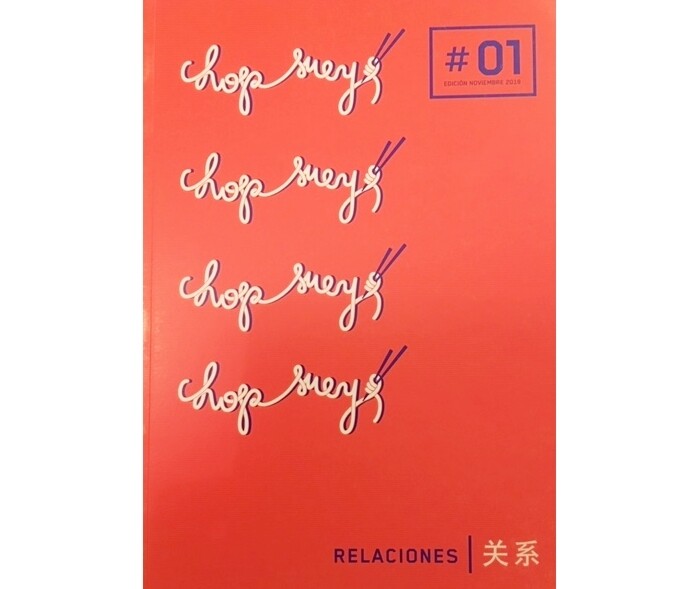 CHOPSUEY01
£9.50
Chopsuey Magazine is a cultural and creative magazine in Spanish published in China
In stock
1
Product Details

Chopsuey Magazine is a cultural and creative magazine in Spanish published in China.

In the chop suey doesn't exist. It is not a Cantonese or Pekinese dish.

It arose in American lands as a meeting or disagreement between East and West. Chopsuey Magazine also tastes of mixing. Written in Spanish by Hispanic Americans living in or related to , the publication is an attempt to get closer to a culture in which it's possible to live, but which at times seems distant and confusing.

'Relaciones' is the first edition of the magazine that features chronicles on aesthetics and their links to Chinese development, single women, and arranged marriages. In addition, it has interviews and reviews, plus a dossier of articles on Chinese sensuality, the Queer Film Festival, the Meng Jinhui Theater, millennial relations, interview to Enrique Larreta and an unpublished text in Spanish by Argentine author Samanta Schweblin.

In the Fictional Dialogues section, you can read, in Spanish and Chinese, a story by the writer Wang Anyi and almost, as an impossible answer, a story by Nora Rabinowicz.

Note: Magazines are sold at discounted prize as some may have small scratches on their covers. The interior is in perfect condition