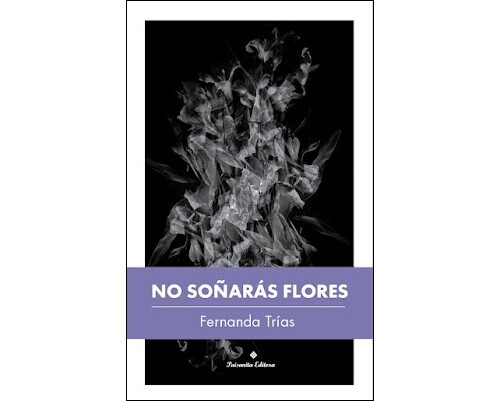 NoSonarasFloresFernandaTrias
£12.99
The characters in these eight stories, mostly women, are about to sink. Their illusions are broken, they have no escape.
In stock
1
Product Details

No soñarás flores
by Fernanda Trías

Twelve years after leaving her daughter and her husband, Teresa has returned and is now waiting for them in a cafe. A girl sits every night behind a bar and wonders why the night trains are so slow. A swamp of loss unites a group of people dragged by grief in the blind man's house. The characters in these eight stories, mostly women, are about to sink. Their illusions are broken, they have no escape. The failure of the couple, the games of female friendship or the death of her father serves Fernanda Trías to explore fear, violence and, above all, loss. The author inhabits the world of stories in the same way that she inhabits the world of her novels. Stealthily, with a sober elegance. Delving into hopelessness, drawing a stark world.

About the author: Fernanda Trías is a Uruguayan author and translator. She is the author of the novels ‘’La Azotea’’, ‘’La ciudad invencible’’, and ‘’Mugre rosa’’, as well as the short story collection ‘’No soñarás Flores’’ and the chapbook ‘’El regreso’’. Her work has also been included in anthologies in Germany, Colombia, Peru, Spain, Uruguay, the US, and the UK, including 20/40 and Palabras Errantes. Her work has been translated into German, French, Hebrew, English, and Italian so far. La azotea was selected as one of the best books of the year by El País Cultural and was awarded the third prize of the National Uruguayan Literature in 2002.