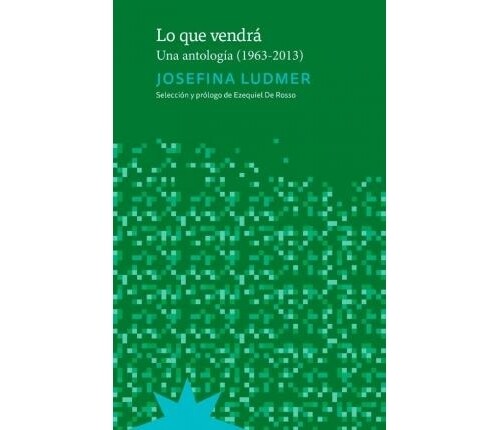 "Lo que vendrá compiles critical interventions by Josefina Ludmer dedicated to the study of Latin American literature. Written over fifty years, and until today dispersed in books, proceedings, magazines, these texts can be read as a tentative history of Latin American literature (with articles about Sor Juana, the gauchesca, Mexican naturalism, Macedonio Fernández, Alfonsina Storni, Jorge Luis Borges, Felisberto Hernández, Guillermo Cabrera Infante, Augusto Roa Bastos, Pedro Juan Gutiérrez and others), but they can also be thought of as the history of a thought, of a reading machine, which in its recurrences and variations constitutes one of the most brilliant moments of Latin American literary criticism. The intensity of reading (of writing) that Josefina Ludmer proposes in her essays informs the matter of this book." Ezequiel De Rosso (from the prologue)

About the author: Josefina Ludmer was an Argentinean professor, essayist, writer, and literary critic. She was a professor at the University of Buenos Aires and later at Yale University, specializing in Latin American literature.